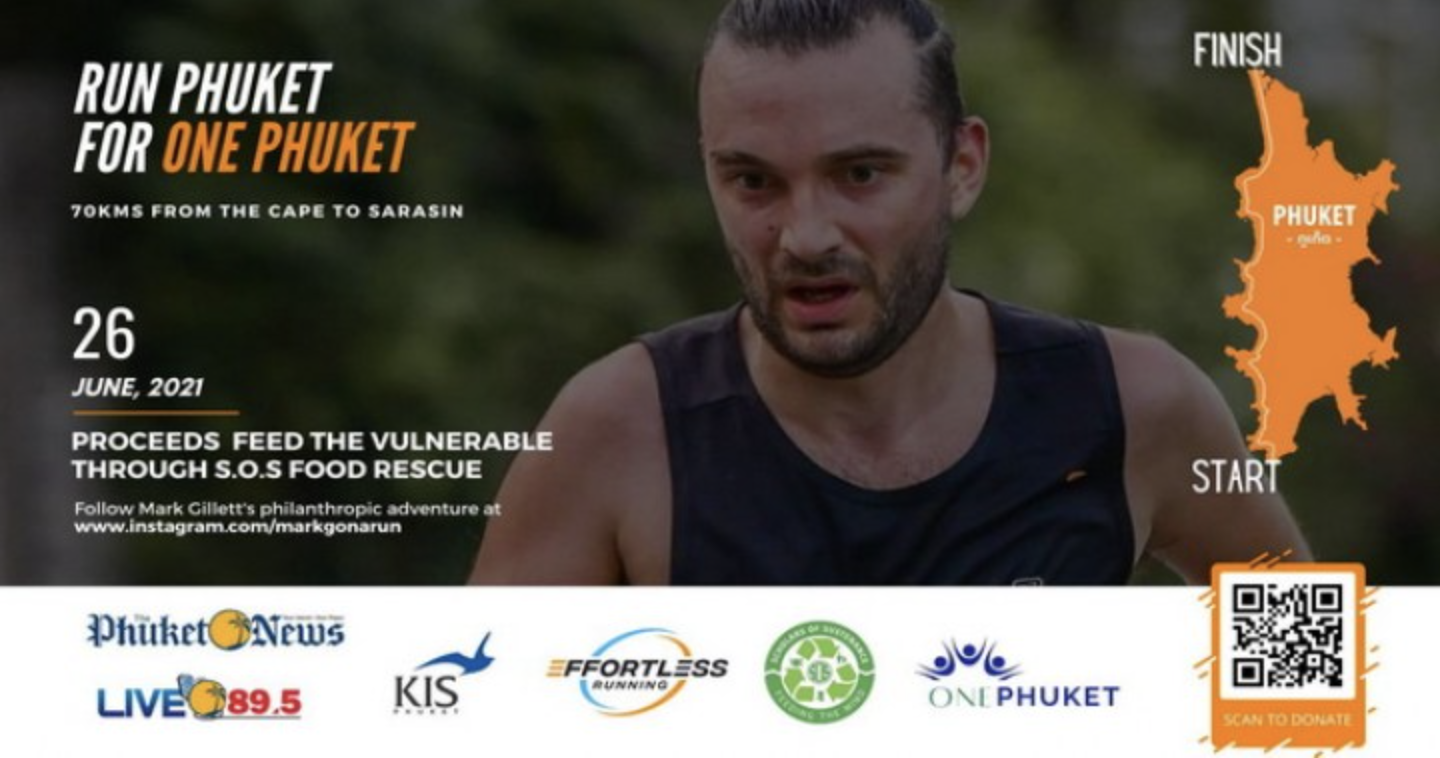 Run Phuket for One Phuket

Run Phuket for One Phuket

Mark Gillett from Kajonkiet International School Phuket, is running 70km across Phuket for One Phuket. Following the West Coast from the Southernmost tip at Promthep Cape, to Sarasin Bridge in the North, Mark’s route will take him over hills and sandy beaches in 9 hours of running.

This epic undertaking is to raise money for One Phuket, and specifically Scholars of Sustenance who are feeding families left without income due to the ongoing Covid pandemic. This is following on from Mark’s Everesting Challenge which he completed last year to raise money to help feed Phuket locals during this crisis.

Mark is a British adventure runner based in Phuket using running to support Scholars of Sustenance under the One Phuket umbrella, while also promoting sustainable plastic use.

You can support Mark’s solo effort by donating to One Phuket through Scholars of Sustenance at https://www.scholarsofsustenance.org/online-store/SUPPORT-PHUKET-p234128241? or through One Phuket’s Weeboon account for International donors at https://www.weeboon.com/en/campaign/help-us-provide-life-bags-for-phuket-?